There’s a baby boom in the small town of Bluff’s Cove!

At least that’s how it feels to CeCe. All of her friends are pregnant, but try as they might, she and her husband Carl have had no success. So CeCe agrees to one round of a dangerous fertility treatment in the hope that they’d have a precious child of their own at the end of the grueling regimen of hormone shots and crazy mood swings.

Then one day, during her regular shift as an ER nurse, a remarkable thing happens. Now CeCe will need to convince Carl to alter his preconceived notion of what constitutes a family. Can he let go of his stubborn pride long enough to grant her this one true wish? Will he open his heart to accept the smallest gift she has to offer?

In September, Book Four of The Gypsy Moth Chronicles, CeCe and Carl’s world is turned upside down. Can their love for each other survive the ultimate test? 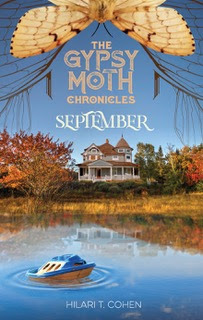 Carl came around to where she stood, “I’d love a kiss from my wife.” “Just a kiss?” she asked with a smile, tucking the cake into the pink cardboard container. She turned into his embrace. “Well, maybe more than one kiss,” he replied, twisting his fingers through the belt loops of her jeans so that she knew he meant business. She was all too happy to comply. She tilted her head back and met his lips eagerly. Carl moved his hands onto her back, drawing her in even closer. He raised her shirt up over her head, undid the clasp of her bra in one practiced motion, and removed both articles of clothing before she even realized what he intended. He grabbed her hips and picked her up, placing her on top of her newly cleaned countertop. “Too much to move this into the bedroom?” she murmured. “Not sure yet. You tell me,” he replied as he undid the top button of her pants and then slid the zipper down, lifting her gently to pull them off one leg at a time, leaving her sitting on the cold granite in just a lacy scrap of panty. CeCe felt herself being swept up by his passion. She knew that she needed to talk seriously with him about the baby — he needed to know -- but decided that she could wait. Sensation stirred strongly in the pit of her stomach, and she knew exactly what he meant to do next. “The bedroom, Carl. Please. . ."

Hilari T. Cohen is an award-winning editor who has worked and consulted in the publishing field for over twenty-five years. She built brands for Berkley, Harlequin and Zebra Books as well as edited many New York Times bestselling authors and titles in both fiction and nonfiction categories. However, she always harbored a secret ambition to write a novel of her own, and she did, successfully publishing both The Lyric of Memory and Adjusting the Rear View before attempting her first romance trilogy, “The Gypsy Moth Chronicles”.
Hilari lives with her husband in suburban New York. 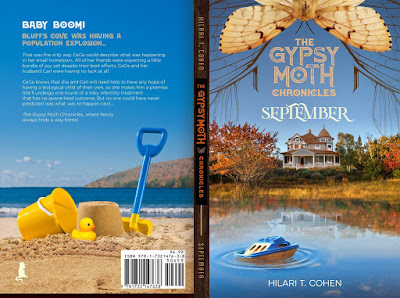