Showing posts from 2018
Show all

Book Talk Review; By The Way, I Love You 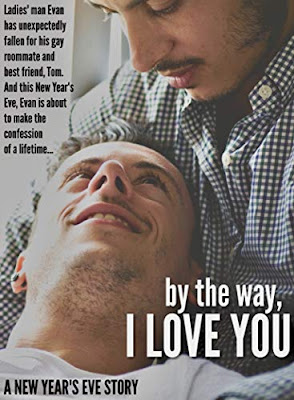 Such a cute love story

Evan Ruiz is a straight college student hiding a life-changing secret: against all odds, he has fallen desperately in love with his gay roommate and best friend, Tom.
Evan has only ever dated women, but Tom stumbled into his life with everything he ever wanted in a partner: he is sweet, caring, and beautiful like an Old Master’s painting. After a period of denial and confusion, Evan finally accepts an unexpected reality: he is in love with his best friend, and cannot run anymore. But how can he tell Tom in a way that won’t complicate their friendship beyond repair?
That’s when he hatches a plan that backfires spectacularly.
Desperate for advice, Evan writes an anonymous love confession and plea for help on Reddit that starts getting shared – and then goes viral. Since the piece holds more than enough identifying characteristics to reveal the truth, Evan knows he must either confess his love to Tom or risk him finding out via social media, which could ruin everythi…
Post a Comment
Read more

PLEASE NOTE: While this story is part of the Black Shamrocks MC series, it is not a romance. This is a brutal, violent, painful, heartbreaking love story. It is the tale of one man’s battle against his demons and one woman’s fight to survive him.

******************** He's the villain in the tale. The man who committed the most heinous of crimes. A monster of the highest order. He reigned supreme, seemingly unstoppable, until his power was stolen from him. Brendan Taylor, the politician's only son, was tried and convicted for the damage he wrought, then jailed in the prime of his life.

Yet, he still couldn't walk away from her.

Madelaine O'Brien, daughter of the President of the Black Shamrocks MC, was never on his rada…
Post a Comment
Read more 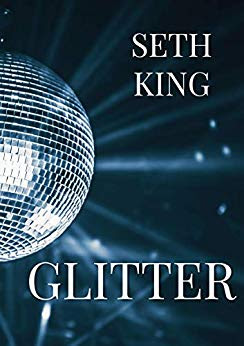 After a devastating breakup, Sean thinks his best days are behind him. But after a chance meeting with an enigmatic drag queen named Sissy von Glitter, Sean finds himself seeing things in a whole new light...
*

I don’t need to remind y’all how much I love Seth King. Everything he writes is gold, and that couldn’t be truer when it comes to Glitter.
Glitter documents the feelings of Sean after the man he’s been in love with for years breaks his heart—again. I’m not going to lie, this book hurts, a lot. Because I know where the inspiration comes from. I know that Glitter isn’t just a short story about lost love, but something that happened in real life. And that hurt my heart and made me cry because nobody deserves that. Especially someone with as beautiful as a soul as Seth King.
Glitter packs a punch. It’s beautiful. There's inspiration for everyone there. And I think Seth King so brave and big hearted and he kills me with his words.
Heartbreaking yet motivating at the same time.
I t…
Post a Comment
Read more

The Wheel of Fortune (Card 10): Things tend to go in cycles. Good times then bad.

Do you know what it’s like to lose everything? I do.

Eight years ago, Jessa Lynn Madison and the title ‘Best Snowboarder in the US’ were both mine.

And then she betrayed me and the mountain had followed suit.

No matter how much I drank, the truth was hard to swallow when it meant choking on my pride.

And no matter how much I screwed, the truth was that I still wanted her.

Anger. Rage. They don’t even begin to describe how I feel.