Showing posts from December, 2014
Show all

She's fresh off the weekend and shows up to the job that she loves, and has dedicated herself to for the past 12 years. In the middle of checking emails, and preparing to begin her day, Carter Hampton enters her office space and requests her presence in his office. Once there, she finds herself on the other end of accusations of fraud that she firmly denies. After arguing her point for what seems like forever, she soon hears the words, "Today is your last day”, pour from his mouth.

Defeated and broken, London decides to drop a bomb of her own, prior to her departure. Having had the last word, she leaves the building in tears and with her final paycheck in hand. With nowhere else to turn, she heads to the arms of the only person she knows can love her past the devastation of the moment.

It's no secret that London's boyfriend Brandon wants her to move to Southern California to begin a life with him, and now that …
Post a Comment
Read more

Goodreads
Purchase Links
Amazon
iTunes
B&N
Google Play
Kobo
True darkness has only just begun …
She thought she could run, but there´s nowhere to hide.  My bad side is coming out to claim what belongs to me.  This hunter has found his prey, and he’s hungry for more.  She’s mine now, and I’ll do everything in my power to keep her to myself.

You think I’m the monster?

When the choices you make decide your fate, the line between good and evil blurs.  In order to live, I do what must be done.  Freedom is the price she pays for her safety.

She wants the truth? I’ll give her the truth.

In order to play this game, sacrifices must be made.

I will start with her.

This is Volume 2 in the Delirious Series, which contains 3 volumes and a prequel.  This book is a full-length novel. These books should be read in order.

**WARNING: Features the inner thoughts of an alpha male who has had a taste of the woman he craves and now craves more of her.  There are obstacles in the way, but to the brilliant and take-no-prisoners Dr. Sessions, obstacles can be taken care of…But the woman…she is the one who matters.  Dr. Sessions’ public persona as a celebrity may be as the hot Sex Shrink of Seattle who is the understanding and compassionate man to all women, a perfect gentleman…but when crossed, betrayed, or backed into a corner…he will let his alpha side out. ***
** This is the third book in a serial that will be consistently releasing every month or so but could be read first before reading Book 1 and 2 or in the order of Book 1, 2, and 3 **

I’m Simon Mark Sessions, Dr. of Psychology, Sex Therapist and Former Mr. Body, also an entrepreneur who made millions from owning a health supplement company.  I have a practice in Seattle where I am a therapist.  They call me the Se…
Post a Comment
Read more 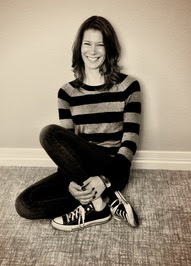 Kim Holden is the amazing author of All of it, and Bright Side.

I've only read Bright Side, but it was an emotional book. One of the best I've ever read, but it ruined me. That book Ruined me. I'll tell y'all more in the Book Talk. Right now lets talk about Kim.


Some of my favorite things:

Reading (YA or New Adult), writing (especially on a productive day), the two coolest guys on the planet (my husband and son), my bicycle (hand built by my husband), Facebook (it’s an addiction at this point), iced coffee (hazelnut from McDonalds), and music (LOVE the 1975, Dredg, the xx, Haim, Teenage Bottlerocket, Manchester Orchestra, and 30 Seconds to Mars).

I also love dreaming. Big. Writing a few years ago was an elusive dream until I grabbed a hold of it with both hands and refused to let go. Keep following YOUR dreams …

Devin has achieved his goal of becoming Chairman and all seems peaceful...until Devin performs an act of cruelty that pushes Anna to fight back for the first time in her life. Meanwhile, Alex is working hard to give her something that Devin can never take away. As her Masters work around her, Anna must navigate a life she never wanted.

Marissa's story of Anna began with a dream about being kidnapped with Adam Savage from Mythbusters (Yes, really). Over the next year and a half, it morphed into the story that is now known as "The Life of Anna." She has several other stories in progress, one of which is based on her kidnapped dream.
When she's not writing or editing, Marissa is taking care of two young boys, training to be an astronaut, runnin…
Post a Comment
Read more 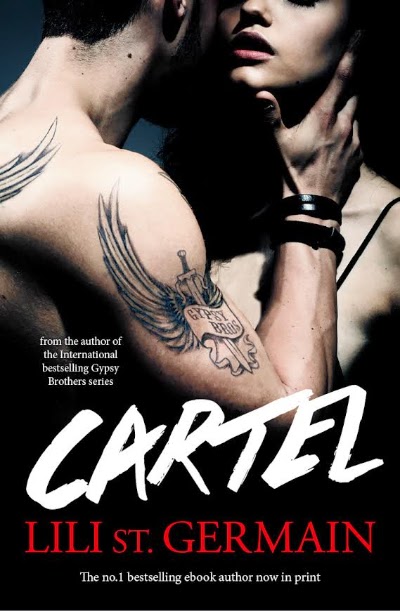 Are you ready for Mariana's Story?

Pre-order HERE
iTunes
Amazon US
Amazon UK
Amazon AU The first full length Gypsy Brothers novel from the smash hit author Lili St. Germain.
How much is a life worth?

I grew up in Colombia, the daughter of a wealthy drug lord.  I lived a life of extravagance, until one day a drug run went horribly wrong and everything came crashing down around us.

I was given away.  A payment for a debt.  The Gypsy Brothers Motorcycle Club became my new owners, and I did everything I could to survive.

But falling in love with the man who owned me wasn't part of the plan...
Post a Comment
Read more

My name is Alix and I am addicted to sex.
Had been for years. I thought I learned how to live a normal life, but that’s the thing about addiction, it creeps back up when you least expect it. There is no one there for me, no one I can turn to for help. Until I’m given a chance to explore a side of myself I’d always kept locked away. I was lost…until him. I can’t tell you who he is, or why he does the things he’s done. All I can say is I hope one day I behave well enough to take off the blindfold and see the man who controls my addiction. My Master.