Showing posts from June, 2019
Show all

Six years they stole from me.

Six years I’ve heard her screams over and over.

And it’s their blood that will be spilled.

Asher Savage spent his life protecting the innocent, taking monsters off the streets. He never thought he’d become one.

Charlee Vega was a pawn in a game she never knew she was playing. An innocent caught up in a war of greed and hate.

Revenge has fed his monster for years, but it comes at a price. Is it one he’s still willing to have her pay?

She’s a means to an end. A complication he never saw coming. And sometimes those are the most deadly of all.

***This book is a stand alone and contains mature/graphic subject matter. For readers 18+***
Post a Comment
Read more 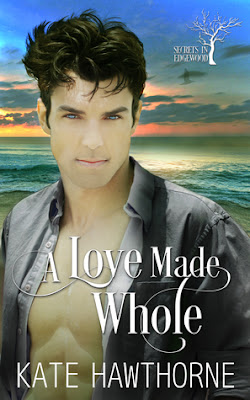 
Calvin and Graham Silver used to be in love.
The spark in their eleven year marriage is gone, and they're struggling to regain a hold on their life together. Living apart and facing their end, Calvin makes an announcement Graham never saw coming.
He's seeing someone new.
Calvin's admission paves the way for Graham to pursue Emory Edgewood, a charming younger man he hasn't been able to get out of his head. It doesn't matter to Graham that Emory is seeing someone else, but he doesn't know Emory's other man is his husband.
Wanting to have his cake and eat it too, Emory tries to bring both men he's seeing together, only to have it end with disastrous consequences. His home life and love life are spiraling out of control. Emory thinks he has no one to turn to, but that couldn’t be further from the truth.
Because Calvin and Graham are in love again…but this time, with him.

Death. Destruction. Pain. A soulless void. It’s his life. It’s his reality. Emo doesn’t feel. Anything. His soul is dark and filled with hatred. People in the small town of Malus watch him with fear, with reverence. Exactly the way he prefers it.

Guilt surrounds him, caging him in an ominous past he refuses to let go. Can’t let go. His past is responsible for the shell of the man who now exists. He doesn’t know any other way to survive.

The woman who haunts his dreams is his only salvation. He’s hurt her over and over again. He didn’t have a choice.

The key he holds on to, the one he uses to carve into his flesh, is the key to his hell. It’s his reminder of the pain he’s suffered and inflicted.

Will there be retribution? Can Emo be saved? Or is he destined to live in this dark hell he’s surrounded himself in for the rest of his life?