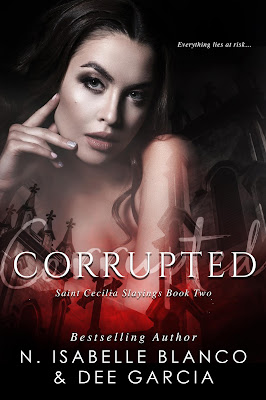 But I fear, lest by any means, as the serpent beguiled Eve through his subtilty, so your minds should be corrupted from the simplicity that is in Christ. - 2 Corinthians 11:3

The very same killer I’ve been after for almost a decade.

After catching her in the act and chasing her onto the rooftop, what transpired in her presence allowed a greater evil to sink its claws deep within my already disheveled psyche.

An evil I never knew existed.

One so debased and perverse, I know I can never speak of it.

Not even in the house of our Lord.

No, especially in the house of our Lord.

Confession won’t cleanse me anyway, for to repent, one must be open and honest.

And I am neither these days.

I’m not just harboring one secret now, I’m hoarding several, each one attributing to what could very well be my ultimate demise.

Everything lies at risk, held captive and torn to shreds between two women.

Both whom exude malice.

Both whom are forbidden.

Both whom have led me to the corrupt edge of insanity. 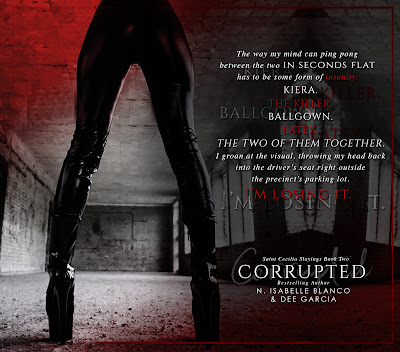 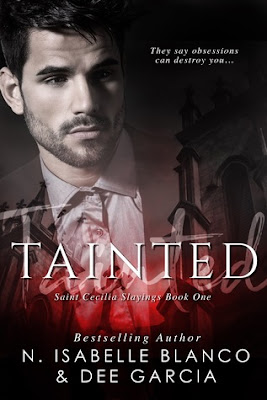 N. Isabelle Blanco is the Amazon Bestselling Author of the Allure Series, the Need Series with K.I.Lynn, and many others. At the age of three, due to an odd fascination with studying her mother’s handwriting, she began to read and write. By the time she’d reached kindergarten, she had an extensive vocabulary and her obsession with words began to bleed into every aspect of her life.
That is, until coffee came a long and took over everything else.
Nowadays, N. spends most of her days surviving the crazy New York rush and arguing with her characters every ten minutes or so, all in the hopes of one day getting them under control.
Sign up for the newsletter at http://bit.ly/2ogIF74 to be the first to know how all these arguments turn out :)

Dee Garcia is a voracious fan of romance novels and a long time lover of the written word. Her mission is to craft unique, compelling stories that will give her readers a place to briefly escape the trials and tribulations of everyday reality. With headstrong heroine's who don't need a man to stand on their own two feet, Dee hopes to leave her mark in the Indie world, one plot twist at a time.