Wrong Place. Wrong Time. Wrong Man – yet he made her feel so right.

Recently divorced Bethwyn Banfield just wanted one out-of-character night on the town, and the tall, dark, tattooed stranger she meets is not what she was looking for. But their instant, electric attraction is undeniable.

The cop with a bad boy past

WASP Team Undercover cop Damon Nyhuis has spent two years infiltrating the notorious Notechi Motorcycle Club, doing whatever it takes to remain in deep cover. But when he sees his high school calculus teacher in a bar looking as hot as she did thirteen years ago, the last thing he is thinking about is his job. And that turns out to be the biggest mistake of his life.

A race through the desert

Kidnapped and dragged to the middle of nowhere, Beth and Damon must escape the murderous Notechi – but to do so is only the beginning of their ordeal. The desert is vast, desolate and unforgiving, and the Notechi are right on their heels.

Their passion as hot as the sun

In the cool of the desert night they run, but in the lethal heat of the day they must rest – and quickly, lust becomes so much more.

First, they must make it home. But then – can there really be a future for the teacher who wants her own family, and the cop who makes certain he’s always alone? 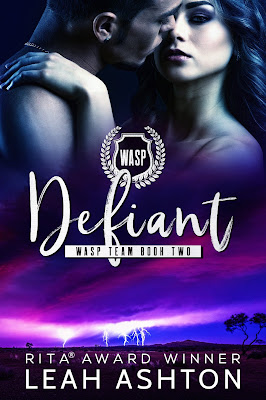 His gaze flicked back to her. Again, it did all those things to her insides that a man like this wasn’t supposed to do.
“Well,” Beth said, irritated – with herself, mostly. And unfairly, at him, for not being the man she’d needed to meet tonight. “What do you want then?”
Something shifted in the man’s gaze, and there was a hint – a hint – of a curve to his lips. Nothing more – she couldn’t imagine this man being the type to smile easily.
Immediately she realised her mistake.
Whoops.
“That’s easy, honey,” he said and stepped closer.
Which was actually really close, because they were both standing in the space between two bar stools. If she took a deep breath, her breasts would touch the cotton of his shirt.
Beth held her breath. To avoid touching him? Or in anticipation of what he was going to say?
“I want you,” he said, his voice a pitch lower now. Rough and intimate. “I want you, and I think you might want me too.” Another pause. “Do you?”
How had he known to ask that?
How had he known if he’d told her she wanted him, she would’ve been out the door and into an Uber before he could blink?
But he hadn’t told her anything. He’d asked.
She was falling into his gaze again. His sexy, confident gaze. Oh, he knew. He did. He was cocky, and he had swagger. He had all of that, and he possibly – probably – used this line on a new girl each week. Maybe each night.
But did it matter?
He’d asked and given her control, and damn if that didn’t make this even sexier.
Because it was sexy, to stand here beneath the appreciative gaze of this man. To feel his heat so close. To be drawn to him by the zing of physical attraction, and to just know deep down inside her that he wanted her. More than that, he wanted her bad. His gaze had moved from her eyes now to explore her face, then down, down, to explore what he could see of her body, given how close they stood together.
Which was pretty much just her breasts, although only now did she realise how conservative her outfit actually was. Would it have killed her to have popped open a few more buttons? To flash a bit of cleavage?
Not that this man seemed to care.
She didn’t even care that he didn’t want her for her intellect, or her personality, or all those things that should matter – did matter – most of the time. All of the time, actually, for Beth. Except tonight. Except now.
She didn’t even know his name, he didn’t know hers, and she honestly didn’t care. He was all wrong in every possible way, but then all of tonight had turned out wrong – and the way this man was making her feel felt so good. Felt so right.
Like despite what she’d told herself, he was exactly what she needed.
But, she realised, it was still hard to actually say the words she needed to say.
She swallowed, then licked her lips.
That snapped his attention back to her face, specifically to her mouth.
Oh, wow. The way he was looking at her, the way he wanted her, it was impossible to resist.
She leant forward, deliberately letting her body brush against his, her nipples tight and hard behind the lace of her bra. She stood on tiptoes so she could murmur in his ear.
“Yes,” she said.
He turned his head, and now they were so close they were practically kissing – their lips almost perfectly aligned. “Yes, what?” he prompted, as if he had to be sure.
She closed her eyes. She needed to be sure, too.
Did he know that? How could he?
“I want you,” she said, barely more than a whisper.
But clearly, it was enough. It was all he needed. 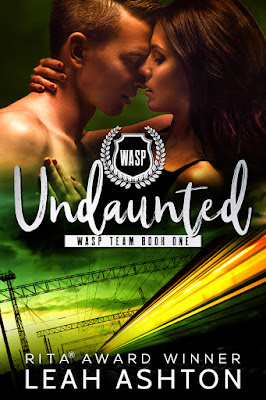 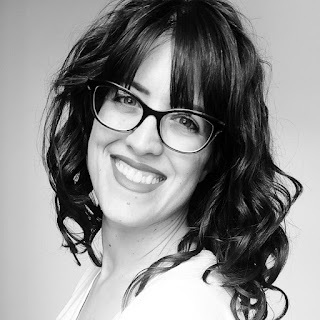 
Leah lives in Perth, Western Australia with her gorgeous husband, two amazing daughters and the best intentions to meal plan and have an effortlessly tidy home. When she’s not writing, Leah loves all day breakfast, rambling conversations and laughing until she cries. She really hates cucumber. And scary movies. 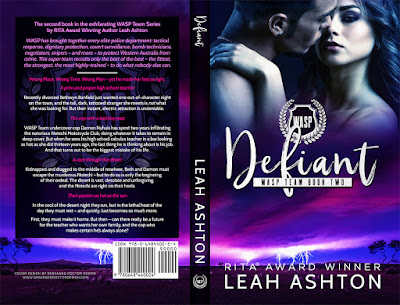