Release Blitz; What The Clock Knows

What the Clocks Know 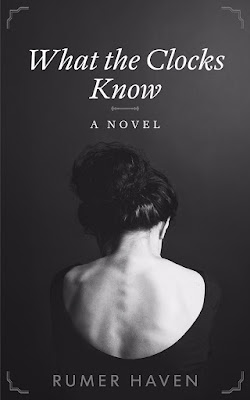 Join the Facebook Party to celebrate the release of What the Clocks Know!

Twenty-six-year-old Margot sets out on a journey of self-discovery – she dumps her New York boyfriend, quits her Chicago job, and crashes at her friend’s flat in London.

Rather than find herself, though, she only feels more lost.
An unsettling energy affects her from the moment she enters the old Victorian residence, and she spirals into depression.
Frightened and questioning her perceptions, she gradually suspects her dark emotions belong to Charlotte instead.

Who is Charlotte? The name on a local gravestone could relate to Margot’s dreams and the grey woman weeping at the window.

Finding a ghost isn't what she had in mind when she went ‘soul searching’, but somehow Margot's future may depend on Charlotte's past.

Woven between 21st century and Victorian London, What the Clocks Know is a haunting story of love and identity. 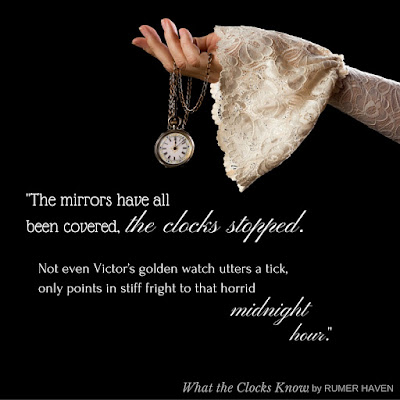 The Ouija session began straightforwardly enough. Derek initiated the “séance” by questioning whether there was indeed a spirit present that would like to communicate with three mortals. None were surprised to see the plastic indicator skid toward the calligraphic Yes, and a ghostly “Wooo!” or two infused their chuckles.

The game was on.

Straight away, the trio learned that, Yes, it was a good spirit, No, it wasn’t a male, and, for good measure, Yes, it was female.

Warming up to the ritual, Sylvie clapped. “My turn!” Her toothy smile radiated rainbows and kittens; no wonder children gravitated toward her Story Hour in throngs at the public library. She boldly asked how the specter had passed away.

Again, Sylvie prompted, “How did you die?” Nothing. She pouted. “I’m not good at this.”

“C’mon, neither of you can come up with a reason?” Margot accused, and the game’s typical argument ensued, with each of the three blaming the indicator’s movement on the other two. And every one of them denying it.

They opted for a less open-ended question (“How old are you?”) so that someone could think up a quick answer. The triangular plastic nudged to the lower-left quadrant of the board until 2 was visible through its circular window. Then, with some friction, the device tugged their limbs toward the right in a non-linear path; it reached a point where it faltered and subtly wavered around the 6. After dawdling there for a few seconds, the energy lost strength and stopped.

Margot shifted, unnerved that she’d just celebrated that same birthday. “Huh. When did you die, then?”

“You guys wanna skirt around that topic, don’t ya?” she asked, trying to lighten the mood in a literally darkening environment, to which Sylvie replied they might say the same of her.

“Fine, we’ll sidestep the D word, Miss Eggshells,” Derek sassed at the ghost, “and do the math ourselves. When were you born?”

Then, zigzagging to the right with less conviction, the plastic planchette ultimately settled on 8 and powered out.

“Eighteen,” Sylvie contemplated. “That could mean the eighteen hundreds. Or the last two digits of the year, which could be in any century.”

“Or just one and eight,” Margot said, “as in any of the four digits in the year.”

“Or it’s a month and date: January eighth or August first,” Derek offered. “Or the eighteenth of some month. Her birthday, maybe? If we really stretch, it could be the eighteenth hour in military time, too. So, like, six p.m.”

“Let’s get some clarification.” Clearing her throat, Margot asked, “Is that your time of birth?”

“Your date of birth?”

“Your time of death?”

The pause lasted nearly half a minute, and Margot assumed their session had ended. But she followed the others’ cue and resisted talking, just in case.

Their darting glances still carried suspicion, though. Who was moving the planchette, and would they do it again, one last time for some closure? Margot knew they were all curious how at least one of them would continue weaving this fictitious life story. It was the death story, though, that she wanted someone to tell, be who or what it may. 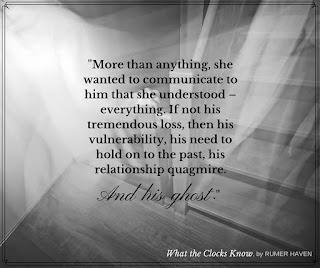 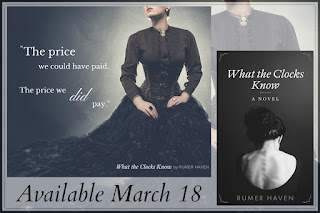 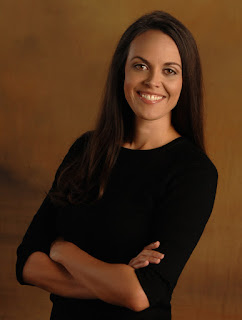 Rumer Haven is probably the most social recluse you could ever meet. When she’s not babbling her fool head off among friends and family, she’s pacified with a good story that she’s reading, writing, or revising—or binge-watching something on Netflix. A former teacher hailing from Chicago, she presently lives in London with her husband and probably a ghost or two. Rumer has always had a penchant for the past and paranormal, which inspires her writing to explore dimensions of time, love, and the soul. She debuted in 2014 with Seven for a Secret (in which a Jazz Age tragedy haunts a modern woman’s love life), and her award-winning short story “Four Somethings & a Sixpence” (about a bride who gets a little something she didn’t register for) was released in 2015. What the Clocks Know is her second novel.

Learn more about Rumer at www.rumerhaven.com.