Ten years ago, their lives shattered to pieces...

And he's the KILLER that has to live with it.

Interwoven between two damaged souls in ways they don't understand. 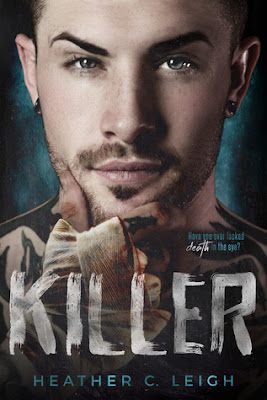 
Ten years ago, their lives shattered to pieces...

And he's the KILLER that has to live with it.


But now, they must fight the same war--a past that wrecked them both--destroyed the two people they used to be.
With a hurricane of love, hate, anger, fury, and fear, can two broken lives find a way to let it all go for a chance at happiness?

Britt and Gabriel are waiting for me in his office so we can start our meeting. After my interaction with Wolfe, I’m seething and frustrated. All I want to do is jump into the cage and beat the fuck out of something, release this shit building up inside. Confusing new emotions like jealousy are dueling with my usual focused, raw fury.

The dark, hollow place in my chest isn’t equipped for this. I fight, I fuck, I exist. Nothing more, nothing less.

Furious, I walk over to Gabriel’s office and shove open the door. It bangs against the wall with a loud crack, causing Gabriel to frown and Britt to cry out. Just like that, she drops to the floor, curling into a ball and covering her head with her hands.

Gabriel leaps to his feet, hurrying around his desk to crouch next to a huddling, quivering Britt. Stunned, I stand at the door frozen, unsure what is going on or what I should do.

“Meu filha! Britt! What is happening?” Gabriel’s voice hitches as he tries to pull Britt out from under his desk. His head whips around to face me. “Killer! ¡Venha aqui e ayudar!” (Get over here and help..)
I cross the space in two quick steps, approaching Gabriel’s desk from the opposite side. Britt’s tiny frame is tucked into a tight ball, her knees pulled to her chest, head ducked, and arms curled protectively over her head.

Protecting her from what?

“Britt,” I say in as composed of a voice as I can manage, which at this moment, isn’t saying much. Not a lot freaks me out, but right now, watching Britt fall to pieces, has me struggling to keep calm. “Please, come out.”

Britt is quietly sobbing, her body shuddering in fear. Watching her in such obvious distress sends a stabbing pain through my chest. Not sure this is the best thing for her, but not knowing what else to do, I crawl under the desk. Being as large as I am, I can only get my head and shoulders in next to her.

Gabriel slides into nervous, staccato Portuguese. “I will leave you to take care of her. Let me know when she’s feeling better and I will return.” He stands and leaves the room, gently closing the door behind him.

He left me with her?

What the fuck am I supposed to do? At a loss, I do the only thing that comes to mind. It worked to relax her before, so why not? I gather her tiny, trembling body up in my arms, and hold her. Britt immediately unwinds her arms, clutching me tight, burying her face into my shirt, her tears dampening the fabric.

On the floor in my trainer’s office, lying half under a desk, a tiny shard of my black soul becomes human again. 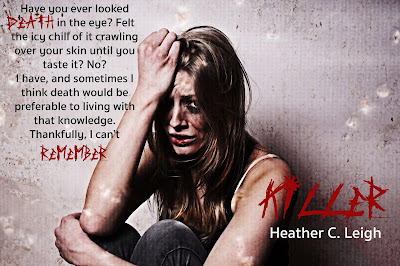 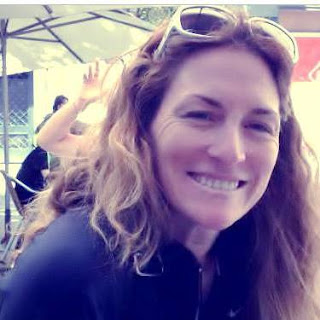 Heather C. Leigh is the author of the Amazon best selling Famous series. She likes to write about the 'dark' side of fame. The part that the public doesn't get to see, how difficult it is to live in a fishbowl and how that affects relationships.

Heather was born and raised in New England and currently lives outside Atlanta, GA with her husband, 2 kids, and French Bulldog, Shelby.

She loves the Red Sox, the Patriots, and anything chocolate (but not white chocolate, everyone knows it's not real chocolate so it doesn't count) and has left explicit instructions in her will to have her ashes snuck into Fenway Park and sneakily sprinkled all over while her family enjoys beer, hot dogs, and a wicked good time. 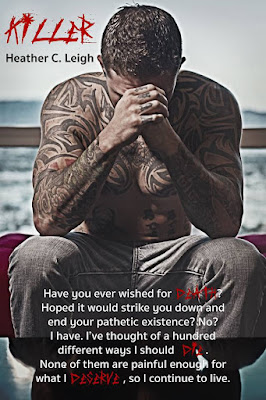