These boys are perfect 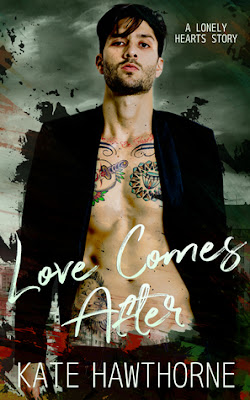 His relationship with his best-friend, lover, and longtime partner, Aiden, is falling apart because Bennet is no longer enough for him in bed. Their differences are getting the better of them and, for the first time in eight years, Bennet doesn't see a path toward the future he's always hoped for.

The night Bennet breaks off their relationship, Aiden's world crumbles at his feet. He's never envisioned a life that doesn't involve Bennet, and he doesn't know how to mend the divide between them until the day he comes home early and walks in on something he thinks could be the answer to their problems.

Three years after an unexpected and catastrophic loss, Chris has mastered the art of keeping men at arm's length. Casual flings and one-night stands have become his standard. But one night everything changes when he's propositioned in a parking lot by a copper-haired bartender and his dejected lover.

Aiden, Chris, and Bennet tumble into a complicated mess of a strings-free relationship that leads them right into more heartbreak and tragedy. Admitting their feelings and finding a way to heal their wounds together is the only way for them to see if love can still come after all they’ve survived.

Kate Hawthorne must have some insight into what will make water leak from my eyes because this is the second book in a row that’s done it. Though they were very different tears.

We all know I’m a very emotional reader. I get attached to the characters. I cry when they do, when they get their heart broken mine breaks along with them. When something huge happens—good or bad—I cry. It’s a known thing here on RTBT. However, very few books have me cry from beginning to end. It takes a special story, a special set of characters to get a steady stream of tears to leak from me. That’s not to say that Love Comes After is a particularly sad book, or hard or anything. Quite the opposite in fact.

The beginning of the book is rough. For all the characters, but especially Aiden and Bennet. These two boys have loved each other since they were kids, for them there is no other way of being. But that’s the problem. They need each other so much, love each other so much they’ll do anything to keep each other. As great as that sounds, it hurts them in the end. Neither of them gets what they need. It broke my heart.

Bennet loved Aiden so much he gave him everything. Even things he didn’t want to. The dysfunctionality of their relationship comes to a head when Bennet decides they can’t keep going like they have been. Cue all the heartbreak.

And then Chris enters the picture. Easy solution, isn’t it? Aiden and Bennet need someone to give them both what they need. Chris isn’t looking for anything resembling a relationship. Shouldn’t casual sex with two hot young men be easy? If only.

These three boys are perfect. That’s all there is to say. They are flawed, broken, and need each other so much it’s hard to explain unless you read it.

There’s a depth to these characters that I just can’t put to words. Yes, it starts out as sex, there’s a lot of hot sex in this book. But that’s not all. There’s love. There’s hope for all of them. Hope for Aiden and Bennet that they can be together and have all their needs met. Hope for Chris that he found two people who can give him what he wants sexually...until casual sex becomes less than casual.

That’s how it often goes, isn’t it? Hearts get involved when they shouldn’t and life gets messier than usual.

Love Comes After isn’t all heartbreak, tears, and feelings of lost love. After one of them comes to a realization after one encounter changes the rules they change the way they look at each other. Which spurs something real between the three of them. Something that brings out the witty banter that had me laughing in between the tears.

Kate Hawthorne has a way with words. She managed to write a book about what not one, not two, but what three people need and make it work. Writing a book with two very different characters is hard enough, but three? It takes skill. It take an almost magical touch. That’s what Kate has. She’s an evil word magician. Not only did she make me cry for the whole book, but she made me laugh, and then she really made me cry.

I found Love Comes After to be a story about true love. It’s messy, flawed, and these characters hurt so much, but it’s love. In the end they find what they want, what they need, and what they didn’t even realize they were missing.

“The two of you are everything.”

“In his mind, there was no separation between Aiden and Bennet. They were two distinct people, of course, with different needs, but when he closed his eyes, Chris couldn’t imagine one existing without the other, and he was quickly struggling to see himself existing without them as well.”

“Their kiss was loaded with the passion you could only develop after a lifetime of knowing someone’s body and soul.”