Foster An Author; JM Walker: For You


This year, JM Walker had the amazing opportunity to write a novella for Harper Sloan's Kindle World, Corps Security in Hope Town. That novella is titled For You. 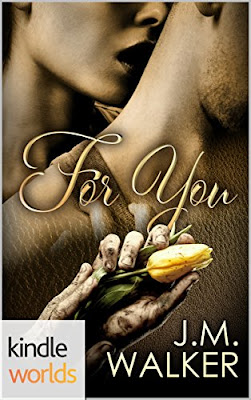 SYNOPSIS:
Brogan Tapp tries to be strong. Guilt and fear that the man she loves will fall within himself and not know how to find his way out, haunts her.

Coby Porter vows not to let the demons in his mind take over. He plans a trip to save his relationship, once and for all.

Hope Town, Georgia is the saving grace for their love, before the nightmares consume them both. 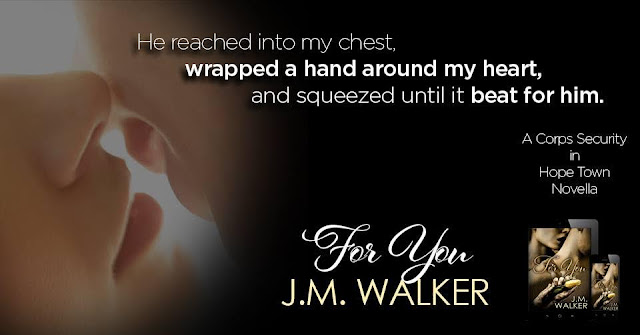 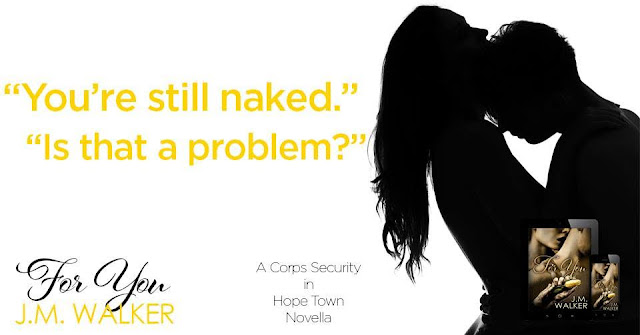 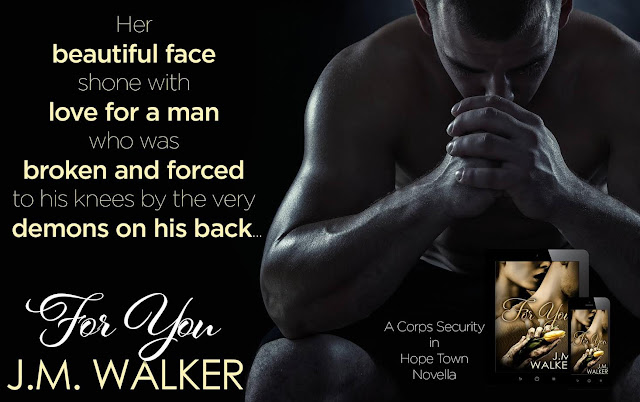 How it Works: Five talented authors were able to use Harper Sloan's book ‘worlds’ from her Corps Security and/or Hope Town series to create this new Kindle World series called Corps Security in Hope Town. The authors were able to include any of the characters from Harper's two series' in their own story or write a whole new journey for her characters. It was completely up to them how to merge their world with Harper's. JM Walker was one of these authors and I know for a fact that you will see cameos of some of your favorite Corps Security and Hope Town series characters again.

Corps Security in Hope Town Synopsis:
Located in the north Georgia Mountains, Hope Town is a quiet town just on the larger side of small. It’s a town full of people that love hard and protect each other harder. It’s more than just blood that makes a family in Hope Town. Not only is it a place close to the city, but it’s got its own nightlife that continues between the generation gap from both connected series: Hope Town and Corps Security. Hope Town holds true to its name, giving those that have lost hope in their future the second chance they deserve. After all, all you need is a little hope. Who will be the next to fall in hope in Hope Town?