Release; One Call Away 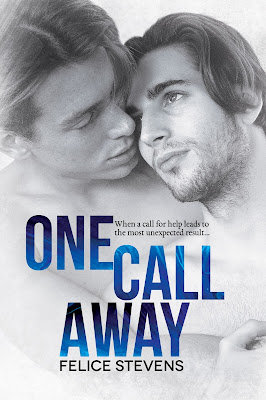 When a brutal attack from a jealous competitor leaves Noah Strauss, darling of the modeling world, physically scarred and emotionally damaged, he quits the runway to become a psychologist. Using his contacts from his time in the spotlight, he creates One Call Away, a radio show dedicated to gay men looking for love, advice or someone to talk to. But with secrets of his own and a mother who refuses to understand the career path he's chosen, the one person Noah can't seem to help is himself.

On a drunken dare from the senior partner's grandson, Oren Leavitt calls Noah’s radio show, pretending to be gay. Only Oren isn't certain if he's pretending. He's left his strict Orthodox Jewish upbringing behind, but the guilt remains. Guilt that his actions have prevented his sister from finding a husband and guilt that he's failed his parents. Talking to "Dr. Noah" helps, and as he finds himself calling the man again and again, he knows he must be honest. But Oren is unsure if he's lying to Noah or himself.

For Noah, trust is paramount; he's been deceived in his personal and professional life and while he desperately wants to help Oren, he also finds himself falling for the sweet and tortured man. Oren is trapped: he risks losing his job and more importantly the love and security of his family but knows he can't hide if if wants to be with Noah. When unresolved heartaches from the past rise up to control the present, Noah and Oren discover that love often comes from the most unexpected places, and sometimes a call for help not only saves a life, it can be a new and beautiful beginning. 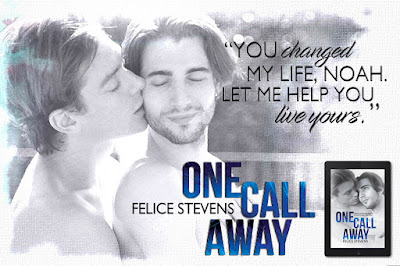 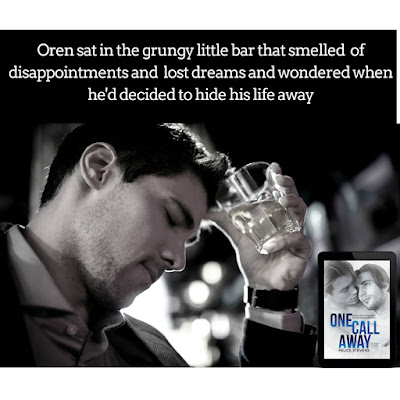 I loved this book. This was my second Felice Stevens book, and it won't be my last. She has a way of writing that I love. She makes you feel the love, the feelings, the hard decisions of her characters.

Oren is struggling with who he is.

Noah is hiding from who he once was.

When they "meet" on Noah's show, there's a connection there that neither understands but they also can't deny.

Being hurt before Noah is closed off to making a connection with someone.

Torn between family, religion, and love Oren doesn't know what to do.

When past hurts, current worries, and new love come into play, it makes for an interesting story.

Nothing major happened to be the cause of my tears, it was a straightforward, sweet story. But I still cried. Because there was a part I was afraid of and I had to cry because there was nothing else I can do.

Thank you Felice for allowing me to read this story. It was what I needed. It was love at it's core.

Oren and Noah will stay with me for a while.

I have always been a romantic at heart. I believe that while life is tough, there is always a happy ending around the corner, my characters have to work for it, however. Like life in NYC, nothing comes easy and that includes love.

I live in New York City with my husband and two children and hopefully soon a cat of my own. My day begins with a lot of caffeine and ends with a glass or two of red wine. I practice law but daydream of a time when I can sit by a beach somewhere and write beautiful stories of men falling in love. Although there is bound to be a few bumps along the way, a Happily Ever After is always guaranteed.