Blog Tour; Eve Of The Exceptionals

Title: Eve of the Exceptionals 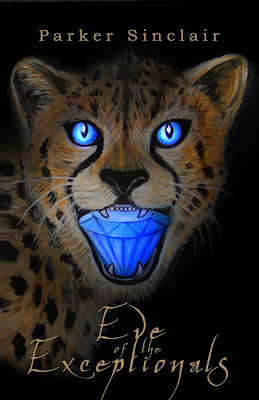 When fate brings the young Prince Ryzyn and the rover girl Gem together, not only do their lives become forever entwined, their meeting also ignites the power within an ancient object—the Heart of Cyan.
With the mystical Heart discovered, the wielder must prepare for an epic battle against a vicious, pervasive darkness that threatens all of Parlethis. Magical forces unite for the good of the land, but will that be enough to stop the Shadowland creatures from destroying them all?
Join the incredible journey full of magical beings, terrifying and majestic creatures, and the two young hearts destined to save a kingdom. 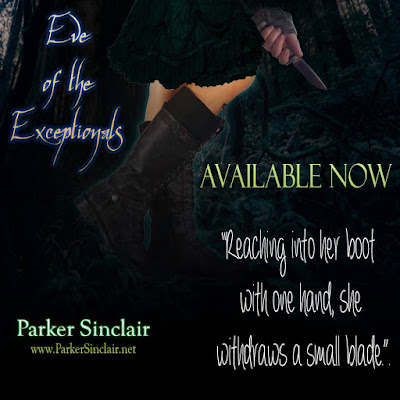 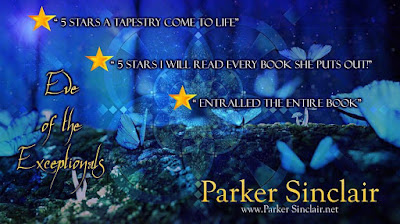 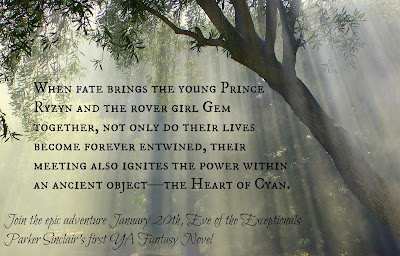 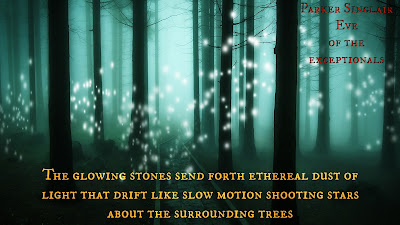 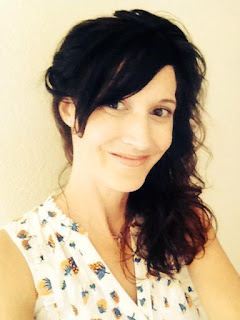 Ms. Sinclair gives credit to the development of her imagination and passion for writing to multiple childhood destinations lacking indoor plumbing. It may sound odd, yet when your journey to adulthood consists of numerous backpacking, camping, and hiking trips to the most out-of-the-way and breathtakingly beautiful places in North America, the creation of games, worlds, and characters are the results. She would never trade the childhood her parents gave her, and she thanks them for raising her to have her own thoughts, dreams, and bountiful imagination. Oh and she wishes to thank them for teaching her that one should never leave their jeans on the floor of an everglades campground shower—lest they do the dance of the scorpions in the pants again!
While attending college, Ms. Sinclair studied biological sciences and psychology, specifically animal behavior, but her love has forever been to write. There are boxes in her house filled with notebooks, journals, and logs with poems, stories, lyrics, and personal rants scratched into them with pencil, marker, pen, whatever she could get her hands on. Words demanded to be thrown out of her mind and onto paper by any means necessary. Ms. Sinclair’s studies have contributed greatly to the worlds, characters, and stories she creates, proving that no matter what path you take, it will all be part of where you end up—sometimes in spectacular ways! Since 2007, Ms. Sinclair calls Coastal Virginia home where she is a licensed school counselor currently following her dreams as a professional author. Ms. Sinclair's writes magical realism, paranormal romance, adult urban fantasy, YA epic fantasy, and romantic fantasy novels. 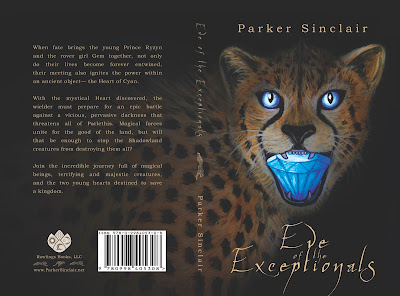