On the run and disguised as a boy, Fenix Graystone finds sanctuary when a witch opens her home, arms her with charmed knives, and transforms her into a fearsome fighter. But when an enigmatic vampire overlord arrives seeking help to solve the murders of three young women, Fenix’s newfound peace shatters.


The kidnapping of a fourth girl stirs up strange emotions in Fenix, bringing her illegal magical powers to the surface. But the magic within her points Fenix to suspects too close to the vampire overlord for comfort.

Now she must ally with an enemy she didn’t even know she had if she hopes to rescue the girl and bring the killers to justice—before she becomes their next victim.
If you like fast-paced action, strong female leads, and a dreamy love interest, you'll want to get lost in these pages. 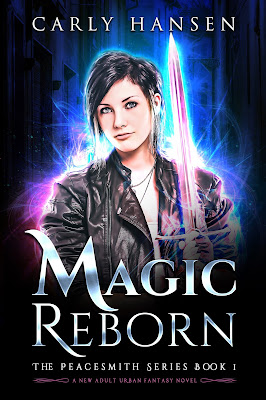 Carly Hansen is convinced that when she was born the doctor used a novel to whack her on the bum to make her take her first breath. She’s been lost in the world of fiction ever since she can remember, either devouring books by her favorite authors or scribbling the wild imaginings that pop into her head. She's kept conjuring up stories, even after growing up and working in the admin department of a not-for-profit organization. Carly cherishes spending time with her family and is proud to be owned by a very possessive cat and an overly-protective dog (though she suspects the real reason the pooch chases away all those other dogs in the park is so as to not have to share the treats in Carly's pocket). When not writing, Carly likely to be found in skis or skates in the winter, or in her swimsuit throughout the rest of the year. Carly feels humbled and grateful that she gets to share her writings with the world and positively loves to be in touch with readers. 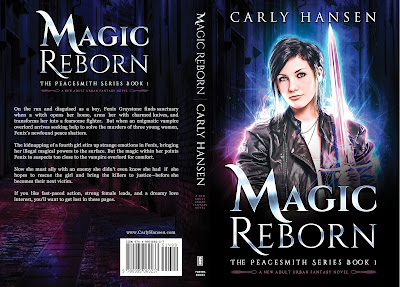