Release; The Evolution Of Ivy: Poison

We're celebrating the release of The Evolution of Ivy: Poison by Lauren Campbell! 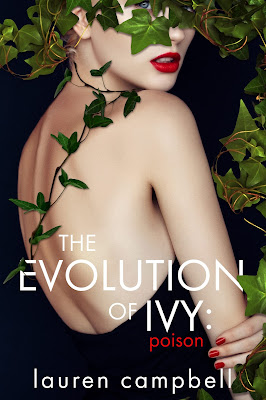 Blurb:
They won't recognize the new me.

But they know the old me well—the me she harmed, and the me he loved.

She thinks she has him. But I'm going to take him back.

He thinks she's the one. But I'm going to show him he's wrong.

I thought it was over. But now I have a chance.

Lauren Campbell lives in Atlanta, GA, with her family, and is author of The Evolution of Ivy: Poison.

She was raised in Columbia, SC, with her three sisters who annoy her greatly.

An avid reader since early childhood, Lauren discovered her love for writing several years into owning a successful newborn photography business. After reaching out to author Colleen Hoover in 2013 for advice, Lauren painstakingly pieced together a heap of garbage loosely based on her personal life that she decided to trash. After one year of being on hiatus, Lauren subsequently came up with the idea for Poison after being inspired by a photo on the internet. She wrote Poison in three weeks. It is not a heap of garbage, has no personal ties, and is filled with characters Lauren cares more for than some of the real people in her life. But don't tell anyone that.

Lauren's social life is pretty boring, but she loves reading, coffee & hot tea, and living in her pajamas. She's a glutton for punishment, and regrettably signs up for things like Room Mom in her children's classes, leaving her up all night doing things like baking dozens of cookies between swear words. Her favorite food is avocado. If she could, she'd find a way to put it on everything.