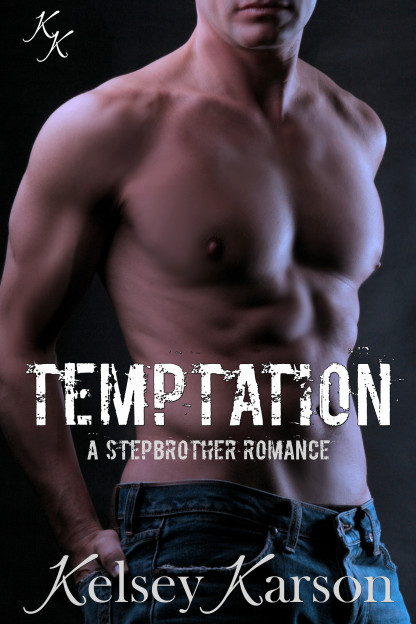 Only $0.99 or free with Kindle Unlimited

Fate has twisted the knife in Trish Anthony’s back one too many times. The man who has haunted her dreams and heated her fantasies has strolled into her life for a second time; only this time, he’s become her stepbrother. Even if he felt anything for her, he is now off limits, but this doesn’t stop her from fantasizing about him, or from comparing every man she meets to him.
Logan Carmichael has kept focused on his company and denied himself the one woman who could complete his life—Trish. He tries to fill the void with other women that remind him of her and when this doesn’t work, he decides to take action. No longer is the work he once loved enough to give him happiness.
When the past rears its ugly head, bringing with it devastating news of murder, betrayal, and adultery, can Trish hold on to what’s important?

Buy or read for free with Kindle Unlimited 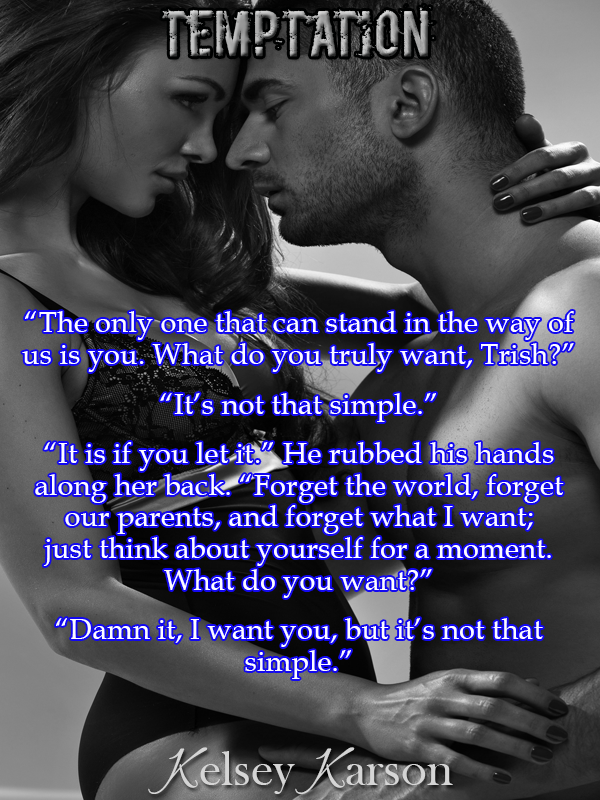 What reader are saying...

I did not see the twists and turns coming and I loved the thriller aspect to it. It makes this book stand out from the overcrowded genre of stepsibling romances for me and I cannot wait to read more from this up and coming author. - A Book Lover's Emporium
The story was sexy and suspenseful. Full of secrets. The twists and turns throughout the book kept the story moving. The ending tied the story together and made for a happy ending that was satisfying. It was a great afternoon read! - Bookalicious Babes Blog
An amazing stepbrother story and a very well earned 5 stars for Kelsey Karson. - Laura Loves Books
You don't want to miss out on this great read!! It's a fast paced, twisted, and suspenseful love story - Devilishly Dirty Book Blog
Talk about HOT! - Blushing Reads

He tugged off her shirt before he kissed along her shoulder, working closer to her throat, and slipped a hand beneath the thin material of her bra. The brush of his fingers over her nipple had her arching toward him. “Oh Logan…”
The front door opened just then and her father stepped through, catching them in the middle of things and shattering the mood. Jumping off Logan, she grabbed her discarded shirt. Shit!
“What the hell is going on?” Her father stalked into the house, his eyes wide with anger. “Who the hell are you?”
“Logan? What’s going on?” The woman that Trish hadn’t noticed at first followed closely behind her father.
“That’s your son?” Her father took a side glance at his new bride before quickly looking back at them.
“Yes, Mr. Anthony. I’m Logan Carmichael.” He didn’t offer his hand, but he did stand up, placing himself between her and her father.
“What the hell do you have your hands on my daughter for? She’s your stepsister!” Anger had his words echoing off the walls.
“David…I’m sure there’s a logical reason.” Nancy laid her hand on his arm. “Right, Logan?”
“Oh sure, Mom.”
“What could that be? She tripped and landed on you with her shirt off?”
“That’s enough, Dad.” Suddenly, everything that had been building up within her was ready to be let loose. “Logan and I dated years ago and things just happened.”
“Just happened! He’s now your stepbrother. Things like that can’t just happen.”
“Like how you killed Mom?” The words were out of her mouth before she had a moment to think things through. 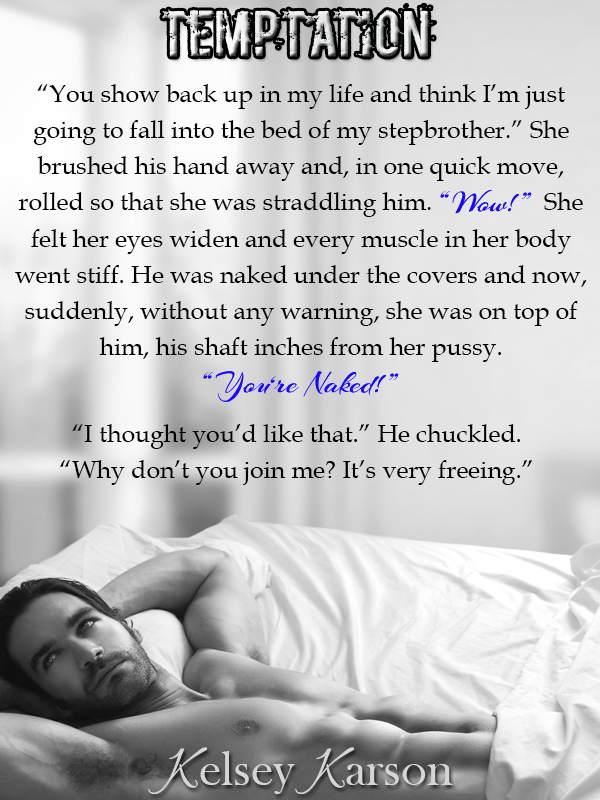 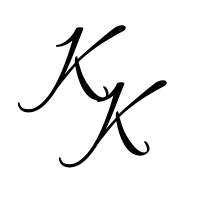 Married with two dogs Kelsey Karson has always been a romantic, believing that love will find a way no matter the obstacles the lovers face. It doesn’t matter if it’s a taboo relationship or the world is against the couple and she proves that in her books. Believe in love and when it comes to romance not let society dictate what you do.
You can contact Kelsey at AuthorKelseyKarson@gmail.com 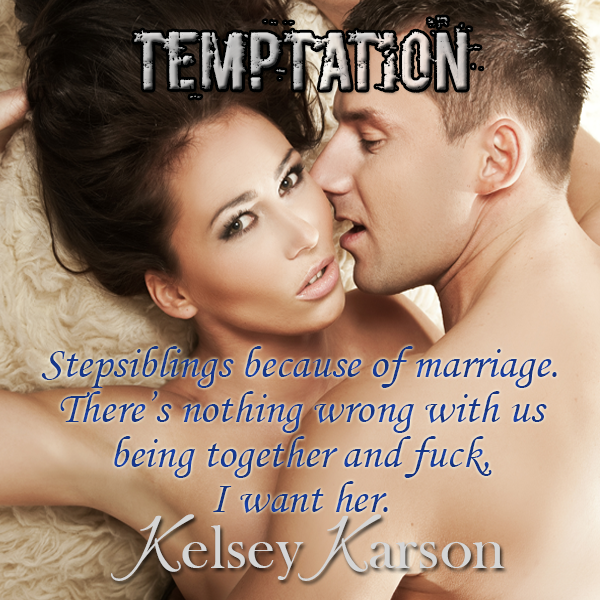