When the girl next door returns home as a millionaire to face the farmer who never lost hope, she's caught between the man of her past and the man meant for her future.

Adopted as an infant, Ireland Leighton grew up in the heart of the Midwest. After inheriting millions from her biological parents, she is determined to help others any way she can. The only string is a business engagement with another millionaire. Ireland returns to Iowa years later to plan her brother’s tropical wedding. The festivities would be easier if her sexy ex-boyfriend stayed out of reach and her future wasn’t already planned.

Time suppressed his feelings for the girl next door, but Gideon Taggart isn’t about to let Ireland escape again. Farmer by day, veterinarian by choice, his second chance with his first love is far from easy. He soon discovers that no matter how much he loves Ireland, she’ll always choose her family over a future with him.

Oceans Away is book two in Skye McNeil’s stand-alone contemporary romance series, Atlas. Each book contains a millionaire to envy, snort-worthy comedy, and visits to many beautiful cities in the world. Yes, all of that, plus each novel ends with a fabulous HEA. 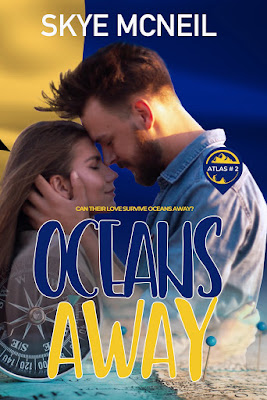 After they picked up the winch from the Taggart farm, the two returned to the plot of farmland. They didn’t exchange any words, a fact that perturbed Ireland more than she’d admit. He was never very talkative, but they could always keep a conversation going.
Guess some things do change.
“You’re sure about this?” he asked for the second time as they reached the stuck four-wheeler. The next set of events would be messy and wet. Doesn’t sound so bad with Gideon involved. She bit her tongue to deter any further thoughts down that rabbit hole.
Ireland snatched the hooded sweatshirt from the back seat and pulled it on. It smelled like Gideon, and she couldn’t help but inhale deeply, memories flooding her mind at the simple act.
Eventually the rain outside pulled her out of her Gideon stupor and she flipped the hood over her hair. “I may have millions in the bank, but rain won’t melt me.” When he didn’t budge, she added, “Move your ass, Taggart.”
“Okay, you asked for it.” He handed her the keys. “You hop on and I’ll hook it up to my truck.”
They rushed out of the cab’s safety. Mud instantly stuck to Ireland’s boots, but she trudged through until she reached the abandoned machine. Gideon made quick work of the winch and patted the hood.
“All right, when I give you the thumbs-up, floor it,” he hollered from the driver seat.
Ireland started the four-wheeler and waited for her cue. Ironically, she felt completely content, mud-caked and all. Whether it was with Gideon or simply being back in Iowa, she couldn’t pin it down to one thing. She’d stayed away too long. Especially when Gideon looks like a freaking lumberjack model. She tried to stop her line of thought before it got away from her. Fantasizing about him wouldn’t do her any good.
Gideon held up his thumb and she cranked her wrist backward. Mud splattered from the tires, slapping up and landing on her. She laughed at how horrible she must look.
The four-wheeler slowly wiggled free of the rut, a low groan emitting from the front end. Once it was on level ground, Gideon stopped and ran toward her.
“You good?”
Ireland wiped her hands on the front of the sweatshirt, though it didn’t help much since that was coated in mud too. “Hell yeah.” She grinned. “This reminds me of when we used to go mudding.”
Gideon pulled the ramps from the bed of the truck and lined them up on the ground. “Those were some good times.” She shivered at the steamy memories, and he paused as if he was also thinking of what they used to do after their adrenaline-pumped high. He coughed, then nodded to the newly rescued vehicle. “I’ll drive it up the ramp if you guide me.”
It didn’t take long to get the four-wheeler into the truck bed. Silently, they strapped it down and then jumped back into the truck. They worked well as a team. Something she’d taken for granted years ago.
“Thanks for your help.” He turned on the defroster and rubbed his hands together. “I like this look on you,” he said, surveying the muddy damage. “Less preppy millionaire heir, more country girl having a good time.”
Pushing back a bit of hair that strayed from her ponytail, Ireland eyed her clothes. “I look like I fell in a mud puddle and wrestled a pig.”
Gideon leaned over and wiped off a smudge on her face with his thumb. “I still say you’re beautiful.”
Ireland’s cheeks flushed and she laughed nervously. “Yeah, okay.”
“I’m serious, Ireland.” He tipped up her chin with his index finger. His starry blue eyes clashed with hers at the same time a clap of thunder resounded above them. “You are the most beautiful person I’ve ever met.”
She rolled her eyes. “You’ve never been outside the USA, Gideon. You can’t honestly think—"
Gideon’s lips covered hers, silencing the rest of her rambling. A million fireflies might as well have burned her stomach from the reaction her body demanded. The earthy scent of rain and dirt mingled together on his soft yet determined lips. Her eyes slid shut automatically, senses on high alert. She expected his beard to scratch her face, but it merely enhanced the possessive kiss.
Gideon drew back until a breath was the only thing between them. His heavy lids opened and his blue gaze glued her to the seat. “I don’t need to go anywhere to know how gorgeous you are.”


He traced her bottom lip with his thumb, and all Ireland wanted to do was dart her tongue out and taste him again. She was rapidly losing all self-control around him. If she had her way, they’d stay right there in the middle of the field and repeat that kiss until it stopped raining. 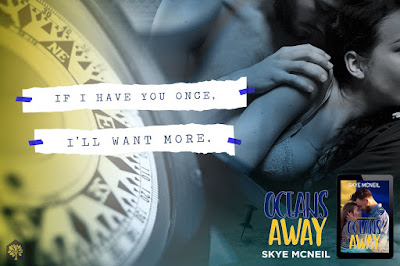 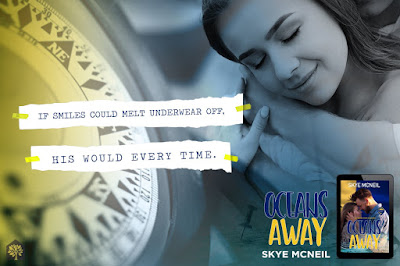 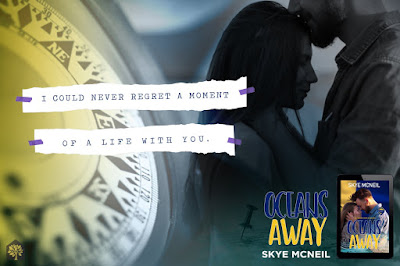 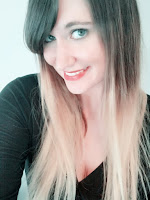 Skye McNeil began writing at the age of seventeen and has been lost in a love affair ever since. During the day, she moonlights as a paralegal at a law firm favoring criminal law.
Skye enjoys writing romantic comedies and cozy mysteries novels that leave readers wanting more and falling in love over and over. She writes contemporary and historical novels ranging from sweet and sassy to steamy and sultry.
Her constant writing companions are two cats and two dogs. When she’s not writing, Skye enjoys spending time with family, photography, volleyball, traveling, and curling up with a cup of coffee and reading. 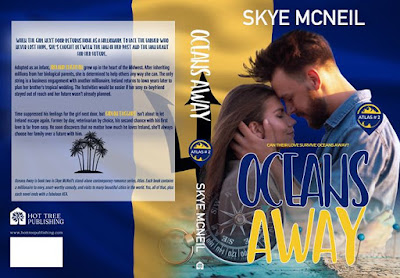