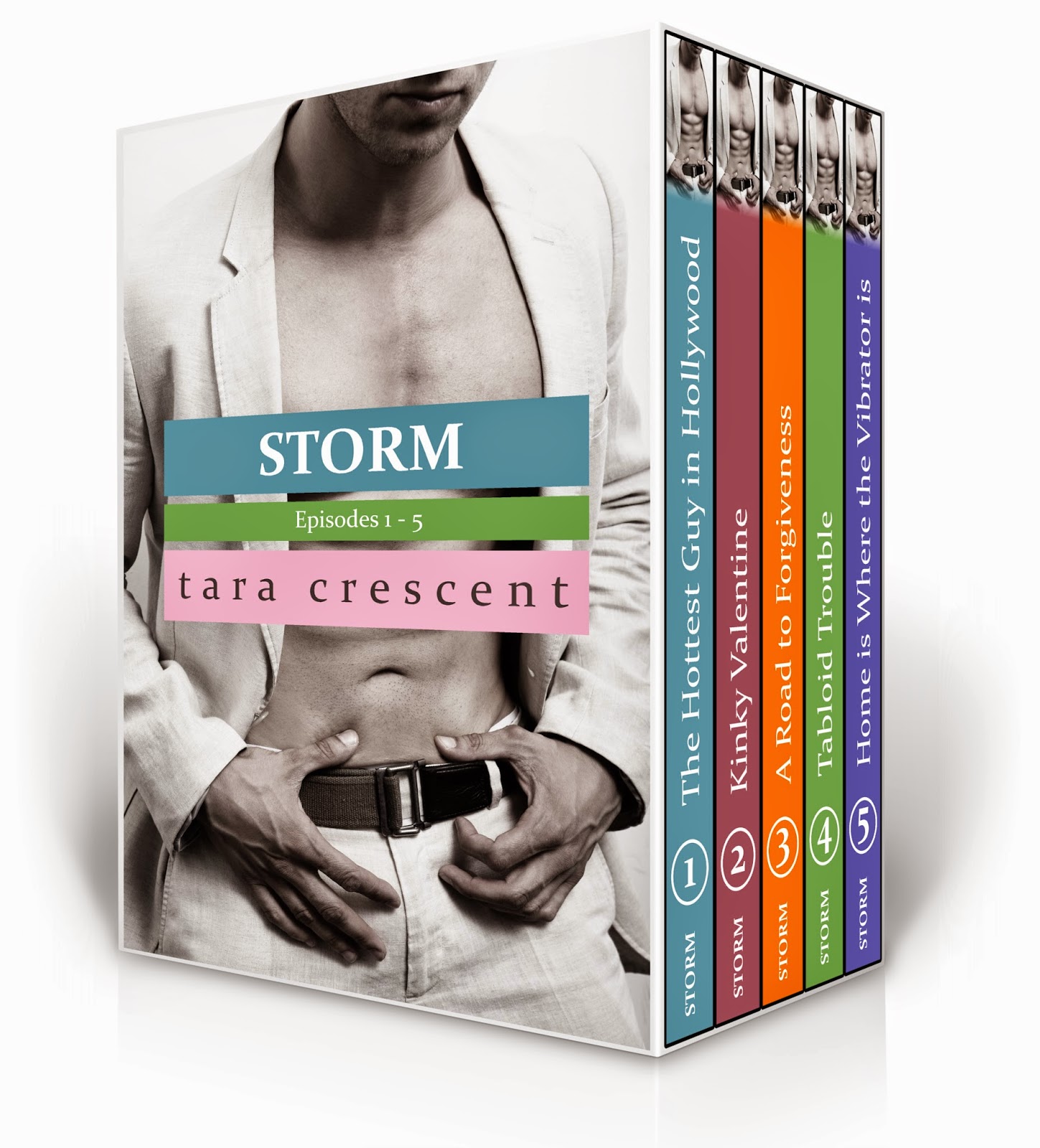 All the Storm episodes in ONE Boxed Set!
Timothy Banks is Hollywood's hottest star. He is funny, charming and utterly sexy.

Yet I did all these things.
I'm the girl who runs a pizza shop in Liverpool, Nova Scotia. Population 2700.

And I'm about to find out that Tim Banks and I live in very different worlds.
BUY IT ON AMAZON

In my spare time, I write of course. I also read, garden, travel, cook, and almost never clean. I just started watching Walking Dead on Netflix (zombie erotica, anyone?), and I’m impatiently awaiting the next episode of Doctor Who. (I would kill for a TARDIS.)

I’ve scribbled bits and pieces all my life, chiefly inspired by what I’m reading, which tends to be mainly science-fiction and fantasy, with a healthy sprinkling of romance and erotica thrown in.

I’m a huge believer in happily-ever-after, but tempered by real life, where happily-ever-after is possible, but takes work. My favorite kind of romance stories are ones that are somewhat believable; I like strong men and women who know what they want out of life, and are driven to get it.

I love reader email; I can be reached at taracrescent@gmail.com.