Henry is a stabby twink! 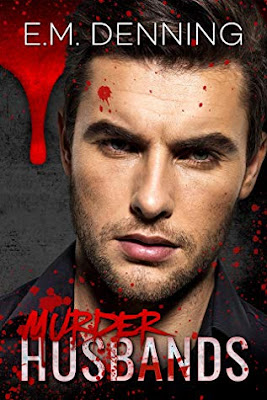 Pounds of flesh repay debts in Pierce's world. In a sea of nameless bodies, Henry Prince is sold to Pierce to settle a score and turns out to be the best thing that’s ever happened to him.

Pierce’s empire is crumbling around him and before Henry, he hadn’t cared to salvage it. Henry is full of secrets, and Pierce is desperate to learn them all, even if it means risking both their lives to protect him from the enemies closing in around them.

Together, Henry and Pierce are unstoppable. Their devotion is immeasurable until two men from Pierce’s past threaten their trust in each other when it’s needed most. Drew and Griffin are a painful reminder of how much Pierce will risk protecting the man he loves. Henry's attraction to Griffin might be the key to uniting his past and his future, but Pierce’s animosity and desire for Drew threaten the delicate balance the men have forged.

Good men can be bad and bad men can do good, but life isn't always black and white. Sometimes all you can do is fight to save yourself and those you love. Is there strength in numbers or will Pierce fail when it counts the most?

Welcome to Denning After Dark. The same great author, bringing you stories with the same heat and level of emotions you’re used to, but with a little more blood splatter. Contents may include messy kitchen sex, kink, bad guys, bullets, and blood. Happily Ever After guaranteed.

I have two words for this book: Holy. Shit.

I've been reading E.M. Denning since she started writing gay romance. I love her romance, it's kinky and fluffy and the characters are always so well-rounded and feel like real people. Now, it's time for Emo to let out her dark and twisted side and I am so here for it.

We meet Henry, poor Henry who has not had an easy time in life. He spent a lot of his life on the run with his mother, not that he knows what from. When he finally stays in one place it's with someone who doesn't care for him like they should. Which leads to the eventual where Henry is sold to Pierce.

Pierce is a criminal. He has built himself an empire and specializes in helping young men out from rock bottom and then selling them to the highest bidder. And then he meets Henry. Henry who needs him like no one ever has before. Pierce doesn't sell Henry like he does the others instead, he molds him into the boy he wants—needs—him to be.

There's more than one secret between this pair though. Henry isn't who he seems to be and Pierce doesn't have as good a grasp on his empire as he should. What follows is a book that had me glued to my kindle from start to finish.

When the plot takes off and bad guys come for Pierce and Henry, Henry proves that he's more than a boy who hides in the closet (it's a thing, read the book to learn more). He turns out to be a stabby twink and I love that so much. Especially since after said stabbing, messy, bloody kitchen sex happens.

As Pierce's empire crashes around them they're forced to reach out to someone that Pierce rather not.

Drew is an agent who's been fixated on catching Pierce, and at one point agreed to help him if he turned. When Pierce and Henry bring Drew in to help them cut ties with their old lives Drew swoops in and in exchange for help, drags them into deeper shit. I won't lie, I had hoped that Henry would stab Drew at least once. Just a little stab. The guy is arrogant and tries to play a game that he doesn't understand. One little stab wouldn't have hurt, but it would have taught him a lesson.

Drew isn't the only one from Pierce's past that reenters their life. The thing that Drew wanted in exchange for helping Pierce and Henry? It involves a previous boy that Pierce cared for and then sold.

Griffin is the perfect pet. He's the opposite of Henry in every way. He lives to serve and is lost unless he has a Master at his side caring for him. He's cute and I loved him immediately.

As Henry and Griffin bond, Pierce and Drew go head to head, which leads to Henry purposefully antagonizing Drew, because unlike Griffin, Henry is not a pretty little pet. Which makes it all the much more fun when the four of them come together. It's hot, it's dirty, and it's probably wrong on so many levels, but they make it work, once they stop wanting to kill each other.

A criminal, an agent who's learning that the world isn't so black and white, a pet, and a stabby twink. It shouldn't work, but it does. They not only find out how to be together, but they use their resources and twisted morals to take down their enemies and it is glorious.

This isn't your typical E.M. Denning book. Far from it. When I first started I had asked myself where the sweet little Emo went, but the more I read the more I fell in love with this new side of her. I wouldn't say no to more of these four if she wanted to write them. Or darker books period. What she normally writes is great, but sometimes you just need a little blood in your life.

"People were often stronger than they thought they were. Even people who thought they’d given up. Pierce found if you gave them a scrap of hope, they’d cling to it with renewed vigor. It wasn’t the death Pierce needed to see, it was the fight to live that was beautiful."

"He felt as though he were being fucked and used, but in a good way. He’d been used in ways that made him feel dirty for real. He’d been used in ways that hurt things other than his body. And it wasn’t that Henry reminded him of those men, but he was just rough enough, harsh enough for Griffin to pretend it had been Henry all those times, that it had been like this. With someone who wouldn’t leave him bleeding and cold. With someone who gave a shit about him."

"One way or another they were going to end this. If he had to burn the world to do it, then he would. He’d lived his life trying to do good, to be good, and it had amounted to nothing. If justice could only be served with bloodshed and bullets, so be it."
Book Talk Reviews