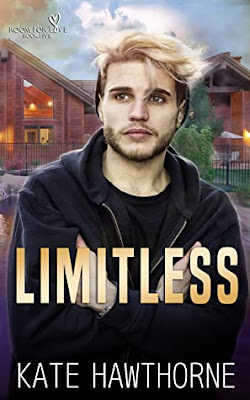 Andy didn’t understand the romance of Paris until he kissed a stranger in a rainstorm.
Then he followed the man home, hoping for a taste of the adventure of which he’d been so desperately searching. He got more than he bargained for, starting with a shared bottle of wine in a rented flat and ending with heartbreak in Bordeaux hotel.
Leonidas Filo had been content to travel and wander, never wanting to settle—whether it was down or for less. The handsome American he spied on the street was only meant to be a moment of fun, but he couldn’t deny how right it felt to keep pushing his limits with Andy Motel.
After months of separation, the two men who are still barely more than strangers find themselves together again, but this time in Cherry Creek. Leonidas is ready to offer everything he can, but Andy needs to find a way to turn a collection of moments into a lifetime of love.
*
This is the book we've been waiting for since the start of the series. Andy has been sort of mystery character as he was gone for a majority of the series. When he finally shows up in Cherry Creek he is different than how his brothers remember him. He's bit cold, a bit listless, and a whole lot of intriguing. Kate Hawthorne teased us the whole series with Andy and now we finally get to see what makes him tick.
I loved finally getting to meet Andy and understanding his story. A good portion of the book occurs in France, where he meets Leonidas one day on the streets of Paris. It shouldn't have been anything, they were strangers in a strange land, but from the beginning they felt the draw to be with one another. It's the ultimate story of soulmate and finding love at first sight. Which is really hard to do. The great thing about this book is that while they fall in love in a very short amount of time, they still have to work for it. It's not smooth sailing but heartache and they make mistake after mistake in trying to understand their feelings for one another.
Leonidas is a wanderer. Where Andy is traveling for the freedom of finding himself, Leonidas doesn't have the urge to quit traveling until he is unable to physically do so. He started his journey with a purpose, and along the way, learned that he is meant to stay traveling.
Their story burns hot the crash is epic. Neither one of them understand the hows and the whys, but when they are apart physically, they are never far from one another's mind. It's a lovely book that explores finding home in someone else and making compromises that don't change who you are, yet still gives you the safe, stable foundation you didn't know you needed. Kate Hawthorne does an amazing job of showing how these two men could be so connected even when they're apart. It's not traditional. It challenges many things about what a couple in love should or shouldn't be or do together, but it works.
What I loved most about the Room for Love series has always been how unconventional it is. From the different ways each brother explores and practices kink, to how their relationship is structured. Because there's no right way to have a relationship and Limitless shows that. Andy and Leonidas prove that relationships and love doesn't always have to be conventional or make sense to others, so long as it makes sense to everyone involved.
I'm going to be sad to see this brothers go. I loved reading their books and watching them grow as people and as a family. Kate Hawthorne did an amazing job at telling the Stories of these five kinky brothers and it was an absolute pleasure reading them. It's going to be hard to move one, but with each book, she's spreading her kinky little author wings that much more and I can't wait to see what comes next.
*Quote-
"Leonidas was a force of nature, a whirlwind befitting his namesake, and Andy didn't know if he'd ever be able to breathe again."
"He felt...lost and found all at once. Andy was certain he was floating, like this moment didn't exist but was also somehow every moment he'd ever lived before. And Leonidas was here, beneath him and filled with him and hard for him, and he'd said for now, and why couldn't now be forever?"
"He knew whatever existed between him and Andy, whether it was love or lust or a potent mixture of both, it was real and vital and he wanted more. He deserved more. He would take more."
"I like knowing what I can come back to. But for me, home isn't a place, it's people. It's a person...There are still places I want to go. Things I want to see and do, but I want to know after I do them, that I can come to you, wherever you are."
Book Talk Reviews